About Friends of Kurth Kiln

History to the Heritage

Kurth Kiln was established by the Forests Commission of Victoria in 1941, as a result of concerns about reliability of petroleum supplies due to World War Two. Petrol rationing was introduced in October 1940 and by 1942 motorists were only allowed to drive 1300km a year with petrol. Dr Ernest Kurth from the University of Tasmania was commissioned to design the Kiln with the aim to mass-produce charcoal, and was paid £5 for the use of his design. The total cost of establishing the Kiln was 1,799 pounds 17 shillings and 2 pence. (about $4,000)

Gembrook was selected as the ideal site for the Kurth Kin as it fully met three essential criteria required for successful operation.

Kurth Kiln is included as an indicative place on the Register of the National Estate database (004495).

The nomination states: Kurth Kiln is a significant timber industry site associated with the Forests Commission of Victoria during a critical period of World War Two. The Kiln was erected to produce charcoal for gas producer units, which supplied an alternative source of fuel for cars and trucks. The Kiln is also significant for its association with Dr Ernest Kurth of the University of Tasmania. E. E. Kurth had been investigating the pyrolysis of timber and Kiln design since 1940. His work resulted in the construction of a commercial sized continuously burning Kiln in 1942 at Gembrook. Kurth Kiln was the only Kiln of its type erected in Victoria, possibly mainland Australia.

Later phases of occupation, notably the forestry camp (1946-1963) contribute to the significance of the site. The camp was the centre of the Forests Commission?s activities in the Kallista Forest District

In 2002 Parks Victoria commissioned Gary Vines of "Bios Victoria" to produce a Heritage Action Plan for the Kurth Kiln site, with recommendations how best to implement conservation measures for this historic site. Their findings and recommendations are contained in the 200 page "Kurth Kiln Action Plan 2002" KKHAP2002; Gary Vines An Update to this was commissioned by Parks Victoria in 2008 called "Kurth Kiln Collection – assessment of significance". In 2008 the kiln and its historic buildings were added to the Victoria Heritage Register under number H2012.

Some pictures of the 2002 Heritage Festival at Kurth Kiln,  "Beyond the Big Smoke", organised in conjunction with the  Eastern Division of Heritage Victoria.

1895 Born in Broken Hill, he was raised in the West Australian gold fields and attended Scotch College in Perth. He gained his Diploma at the Kalgoorlie School of Mines and worked at the "Sons of Gwalia Gold Mine" there.

1919 Moved to Hobart Tasmania and worked for the Electrolytic Zinc Co in the early stages of its establishment at Risdon, and was instrumental in the development of its scientists and technologists.

1923 Lecturer at the University of Tasmania, for Chemistry and Geology. 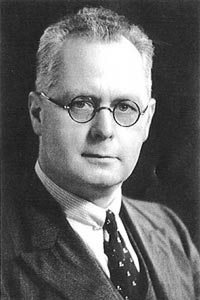 1934 Received his PhD in Science, continued research in the composition of Tasmanian and NSW oil shales.

1941 Became Professor of Chemistry at the University of Tasmania and Head of Chemistry Dept at Hobart Technical College. Supervised construction of a charcoal Kiln to his design at Gembrook Victoria.

1946 Became Dean of the Faculty of Science, designed the new Chemistry Building at Sandy Bay.

1966 Ernest Edgar Kurth died on January 4 and is buried in the Cornelian Bay Cemetery.

Recollections on the history of the Kurth Family

My father, E.C.E.Kurth, was a very humble, gentle person, a man of few words, concise in expression, meticulous in documentation, who had a presence that commanded respect from all who knew him. My memory is that he talked very little about his German family heritage/origins. Perhaps this was not of significance to him any more. As the youngest of four children spanning ten years, who never knew their Grandparents and were young before and during WWII, I wish we had asked a lot more questions then, when we had the opportunity.

His father, Friedrich Ernst Kurth, was born in Roda, Saxony on 26 October 1855. It is believed he 'ran away to sea' at 14 years of age then spent some 15 years at sea on the Germany to Brazil route around Cape Horn to Rio de Janeiro where he nearly settled. It is not known where he jumped ship or signed off, possibly in New Zealand. His mother's parents were both of German stock, born in Bomst, Prussia and married there on 4 May 1851. They left Germany due to division in the Lutheran Church with their three living children on the ship Ceaser Godeffroy. Emma was born on 13 August 1869 off the Cape of Good Hope, 35' latitude and 4' longitude, and christened in Hahndorf, South Australia, 29 September 1869. 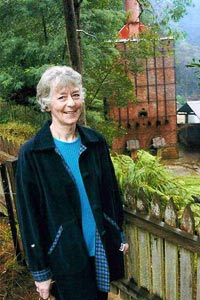 Friedrich Ernst Kurth and Ceaserine Emma Muller were married in Hahndorf on 8 May 1890. The wedding certificate gives his address as Broken Hill and occupation as miner. While in Broken Hill in the Colony of New South Wales three children were born to them: Eveleen Stella, born and died in 1891; Leslie Arnold born 28 June 1892 and died 1980, and Ernest Carl Edgar born 1 November 1895 in Lane Street, North Broken Hill. The father's occupation is given as fruiterer, the birth being registered in Sturt. It would appear that at this time the family was already moving westward to the goldfields of W.A.

A letter written from Goongarrie, W.A. on 13 August 1896 by Friedrich Ernst, now using Ernest, to Emma, in a very neat hand, in English, with the greater use of capitals on nouns and the odd phonetic spelling the only indication of his origins, gives an insight as to the family situation. He speaks about an accident, the death of Mr. Rodda, at the Consols Mine, Coolgardie, about how glad he is to have left the mines for Emma and the children's sakes and how he hopes he never has to go back to mining again, about his new job with longer hours but better pay and easier work (although he really needs help on pay days which are very busy), about the wild flowers and how nice they would look in a garden, about how he enjoyed the Metwurst, about 'Unkel' liking being over in the west earning 4 pounds per week and boarding at 30/-.

The family eventually settled in Davyhurst, a gold mining town N.W.of Kalgoorlie, East of Menzies now only shown on some older maps. Ernest Sn. eventually owned the Davyhurst general store which included the bakery. The bakers oven was still present in the early 1980's even though no buildings were left. It is normal practice in those remote areas for any useable materials left at the demise of one town to be reused in another area. I remember being told as a child that the residence of my Grandparents originally had a dirt floor. That water could cost as much as a sovereign a four gallon drum in dry times. Stores came by camel train, the butter arrived in liquid form, that food was stored in a Coolgardie safe. Having spent some time in these hot dry inland areas, and in the cooler season too, and seeing the number of ants around it is hard to imagine how the early settlers survived. The wild flowers of spring after rain were a joy especially for the women. There were pressed pink paper daisies found amongst many of my Grandmother's things. How strong is the call of the yellow metal.

Not a lot is known about the early days from when the family arrived in W.A. to the later days in Davyhurst, nor when this town and the Kurth's Union Store, later the E. Kurth General Store, grocery drapery boots, which we presume he owned, were established. There is a 35mm transparency taken by my father in the 1950's, labeled in his near perfect print, "from near old house position Goongarrie". Perhaps they lived some time in Goongarrie before moving to Davyhurst. The main mine near Davyhurst was the Golden Poles in which my Grandfather is said to have lost a considerable amounts of money. The wooden head structure was still standing in 1978. Ernest Sn took out Australian Citizenship in 1906, the 'Certificate of Naturalization' was issued in Melbourne on 19 July 1906, Vol4, page 3763, on parchment measuring 45cm x 33cm.

The two boys attended the Davyhurst School under the tuition of a Mr R.T.Stubbs. Ernest was sent off to Scotch College, Perth on a scholarship at about 11 years of age. He then received a scholarship to the Kalgoolie School of Mines. Throughout his education he excelled academically even obtaining the gold medal for accountancy and several medals for punctuality and attendance every Sunday School Day 1905-7. Leslie remained in Davyhurst and became a very good baker an occupation he followed much later in Dover, Tasmania. Leslie enlisted in the Army, 11th Battalion, in March 1916, served in France, and was discharged in July 1919.

There is in the family possession a silver plate tea and coffee service inscribed: "Presented to Mr. And Mrs E. Kurth, from the residents of Goongarrie". The reason for the presentation is unknown. Leslie Kurth told me before he died that Goongarrie was both a town and a district and that his father held a position similar to Mayor.

On the 21 July 1914 Ernest Sn was killed or died later as the result of an accident. It is said: "He was pinned against the verandah post while attending to the horse and trap while getting ready to attend a Melba concert". He is buried in the Davyhurst Cemetery the grave marked with a substantial marble cross which as late as 1990 stood tall above the surrounding scrub and other flat tablets, inscribed with only the name, age, result of accident or killed at the Golden Poles, marking the graves of mining accident victims.

Kurth Kiln is at the Center of the Kurth Kiln Park, a division of PARKS VICTORIA, and the FRIENDS OF KURTH KILN is a group of people committed to the preservation of the park, the improvement of its facilities and to the restoration and promotion of this historic site.

To this end it is our intention to:

The help of experts in the respective fields will be enlisted and the involvement of supportive business will be encouraged when appropriate.

It is proposed to invite public tours of the site and to hold a major annual event to give continuing purpose and motivation to the group and to widen public awareness of our activities.

We look forward to seeing you at Kurth Kiln

Friends of Kurth Kiln is a group of volunteers under the auspices of Parks Victoria.
All the information on the site is free to be used provided due acknowledgment of the source is included.
Throwstone Web Design